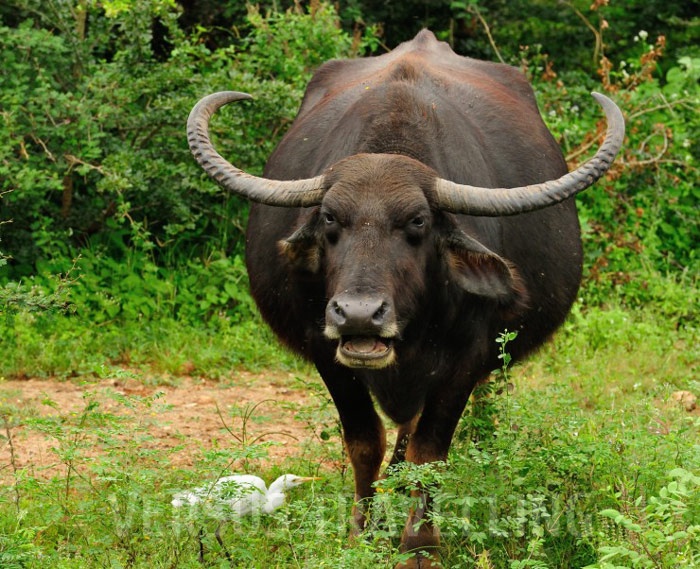 Bubalus is a genus of bovines, whose English name is buffalo. Species that belong to this genus are African and Asian Water buffalo.
The water buffalo or domestic Asian water buffalo (Bubalus bubalis) is a large buffalo found in India, Nepal, Bhutan, Thailand, Laos and Cambodia as well as Ceylon (Sri Lanka).
In Asia, the habitat and the number of buffalo is constantly shrinking as places suitable for buffalo to live in natural environment are decreasing. Quite a complex process of crossbreeding of wild and domestic buffalo is also a serious problem. Everywhere wild buffalo live next door to humans, and consequently to domestic buffalo, who spend a lot of time on the open pasture.
Asian wild water buffalo is rare. For the most part they represent domestic animals that left their herd and adapted to free existence. Livestock is usually put to the iron, but in order to distinguish between wild and domestic buffalo, it is not necessary to look for a certain sign on the body. Just have a look at the horn. Domestic buffalo horns are cut to produce a secure form. "Savages" go with long horns, slightly curled upwards, so you have to just guess how they can squeeze through forest wilderness. 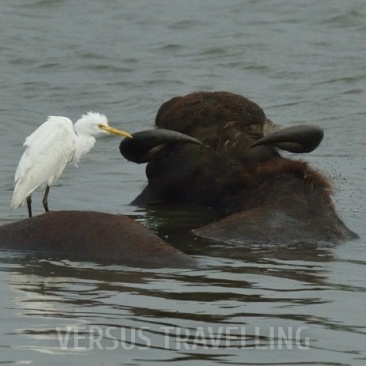 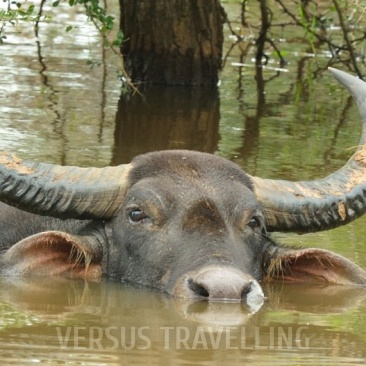 Interesting information about the buffalo

Its second name - water buffalo – these animals justify up to the full. Almost all day buffaloes spend in the water, absorbing the underwater plants and coastal grass. Water baths save them from annoying insects and provide 70% of the daily diet of buffalo.
Buffaloes dive deep and enthusiastically, covering quite a distance under the water, and therefore are considered to be good divers.
Insects, such as horseflies, gadflies and flies are a serious threat to the buffalo as they lay their eggs under their skin, nose and ears. Insect larvae cause severe suffering to buffalo. Buffaloes protect themselves by wallowing in mud, staying in the water, as well as using the services of buffalo herons and oxpeckers.
It is believed that the first buffaloes were domesticated in Asia. In Pakistan they found wax prints with an image of this animal which date back to the third millennium BC.
Buffalo are mainly used as working animals to plough rice fields. They also carry heavy loads, help extract water from deep wells, workin the mills and set in motion powerful presses for squeezing sesame oil or juice from sugar cane. Buffaloes are of good character, they are easily trained by means of patience and kindness.
The milk of these animals is fatter than that of cows, although the productivity of buffalo cows is much lower. By the way, it is believed that the famous Italian mozzarella cheese, according to the original recipe, is be made from buffalo milk.
Buffalo is one of the most honored animals in Vietnam. They even address it as "Dear Mr. buffalo." In husbandry buffaloes are indispensable helpers. They even breed a special grass for them. But, despite this, in Vietnam they hold annual buffalo fights on a special ring, the winner being slaughtered and its meat is sold at a considerable price.
In the Philippines, on the day of the patron saint of farmers, there are colorful festivals, a part of it being the ceremonial passing of buffalos bythe church. Early in the morning the animals are cleaned, oiled, given high polish of the hooves and horns, backs and sides are shaved with patterns, and the neck is decorated with garlands of flowers.
In October 2011 in Chonburi (Tahiti) they held 140th jubilee buffalo racing.
Several times a year there are traditional races on chariots drawn by two buffaloes in the village Delod Brava on the island of Bali. To participate in the most prestigious races - the Cup of the Governor of the province - only the most beautiful animals are allowed to participate.

Buffalo is a sacred animal in India and Southeast Asia.

The cult of the sacred bull (buffalo) was particularly spread in the ancient civilizations of the Indus Valley (3rd millennium BC).The bull was a symbol of god (Nandi bull of Lord Shiva), and the enemy of the mythological hero (Murugan, killing the spirit of the buffalo in "Mahabharata", Valin, killing the Dundubhi buffalo in "Ramayana"). In Indian mythology Mahisha is a powerful demon in the form of a buffalo.

For American Indians buffalo and bison represent supernatural strength, power, firmness and vortex, abundance. Their emergence means that prayers have been answered. Buffalo was the backbone of Indian life, as it gave them food, clothing, skin. In the culture of North America there is a great white buffalo cow which gave one tribe a sacred pipe, which become an attribute of all its rituals. Its tobacco consisted of all natural forces and smoke served as the personification of prayers. It is believed that tobacco particles come to the spirits that fulfill wishes. The buffalo teaches that abundance comes when one accepts everything with respect and gratitude. One must be thankful for all the gifts receive in life. Buffalo teaches us that everything could be accomplished with the power of the Great Spirit.

In Tibet the heart of a buffalo is a symbol of death. In China the quiet strength of domestic buffalo was associated with meditation. Lao-Tzu rode a buffalo. According to a legend, before he disappeared from China, he was seen riding on a green buffalo. To ride a buffalo means to subdue the animal nature of man. In Indian mythology, Yama is a god of death. Because of its destructive nature he is called an assistant of Shiva and he rides a buffalo.

In South Slavic cosmology bull (sometimes a buffalo or ox) is a support of land.

In Jewish mythology there is a story of how King David, as a boy, shepherded his father's sheep. He led them down the mountain slope, which was actually a side of a sleeping buffalo. The buffalo suddenly woke up and got to its feet. David, who grabbed its horn which reached up to heaven, was saved by the Lord, for which David promised to build a temple being one hundred cubits long, just as the horn of the buffalo.

Among the Southern Slavs there are stories about earthquakes associated with the movement of the ox (buffalo, bull), which keeps the earth. An earthquake occurs when the buffalo moves the earth from one horn to another one, startles, roars, or shrugs its ear.


TOURS, WHERE YOU CAN SEE CHANCE TO SEE AT OUR TRIP 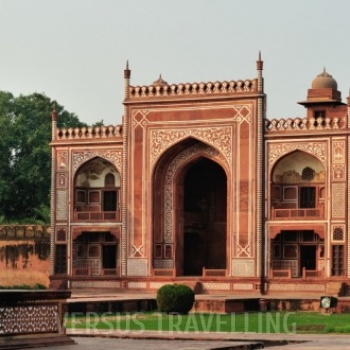 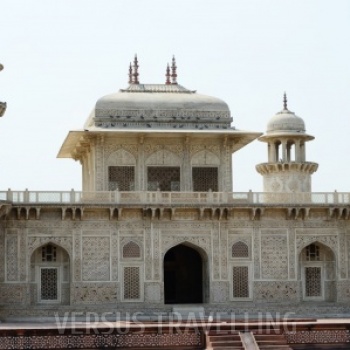 Rise and Fall of the Mughal - Historical tour

ANIMALS OF THE SAME CLASS / FAMILY 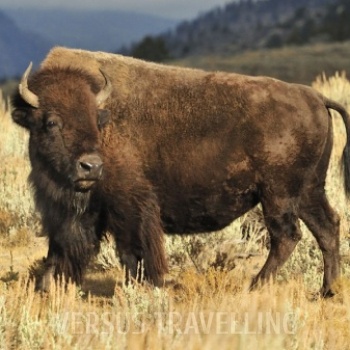 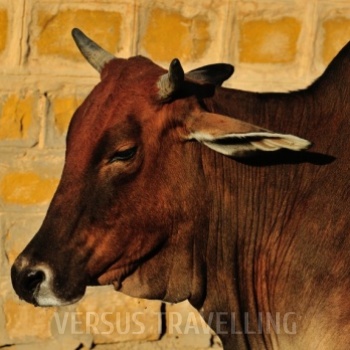 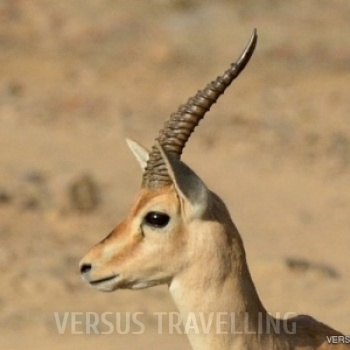 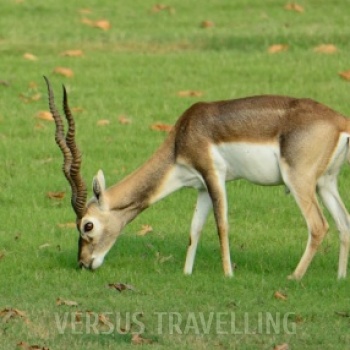