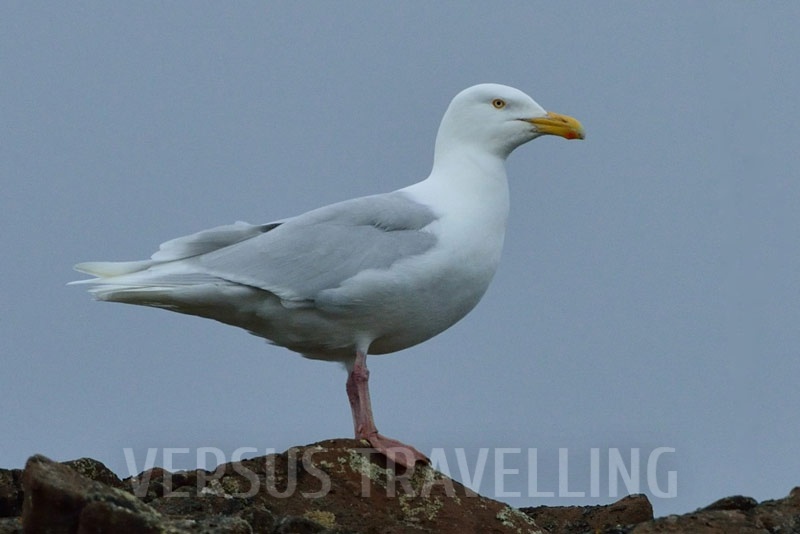 Fellow travelers observed these birds on the way to Frantz Josef Land. They circled in the air, and then with loud noises they landed on the sea, as if covering it with a huge white veil, then gathered at the side of the ship, sailing curiously just to the foaming jets coming from the gateways. The Glaucous Gull is a large and powerful gull. Therefore, it can take away food from smaller birds like larus or common tern, steal chicks or peck eggs in a foreign nest. One of its Russian names is Burgomaster, “the master of the city” in German. When it is sitting, wings folded behind itstail and staring intensely into the distance, it seems that it overlooks its property and strictly keeps everything under control. Maybe that is why they call it Burgomaster. Although there is another version saying that the grey plumage of the top of the wings is associated with the mantle worn once by European mayors.