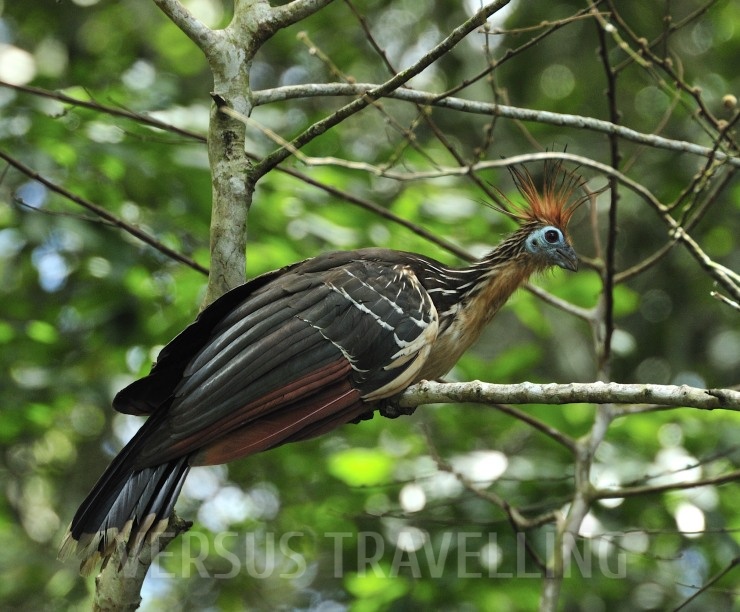 Columbia to Bolivia.
When you are in the Amazon jungle for the first time you are amazed by a variety of hoarse almost barking calls coming from everywhere. Unlike the dog it is something even more husky and jerky. Some believe it is similar to neighing of a horse. Then out of the bushes appears a bright and slightly awkward bird. Such a behavior seems to be strange as birds are usually scary. Locals say that the hoatzinis not afraid of anyone because no one ever hunts it as its meat is reputed to have a bad taste and therefore no one eats it. Hoatzin inhabits mainly in riverine forest, flies rare and poorly, stays most of the time on trees, occasionally jumping from branch to branch, or going down to the ground.And it constantly groans, croaks, hisses and grunts. The nature has securely protected hoatzin, its meat is of rotten flavor and does not attract not only people but in general none of the inhabitants of the mangrove and riverine forests.Except that sometimes people and animals collect Hoatzin’s eggs. The fact is that although the Hoatzin is herbivorous, eating leaves and fruit, it has an unusual digestive system with an enlarged crop used for fermentation of vegetable matter. The digestive process can last up to two days! If you come very near to the bird you can feel its unpleasant odour, but actually it does not let anyone very close. Therefore at a distance of 4-5 meters you can watch this noisy conspicuous bird without any discomfort. We could observe only adults but they say that Hoatzin chicks are a real wonder of nature! Despite purely vegetarian food, as the chicks are fed on regurgitated fermented stuff, these tiny yet unfeathered chicks are good at climbing trees and are able to float on the water which adults have little to show.This is because they have claws on each wing which help them to scramble aroung tree branches already with four limbs. At the age of 3 months they begin to feed themselves and lose both additional claws and the ability to swim. The Hoatzin is the national bird of Guyana. 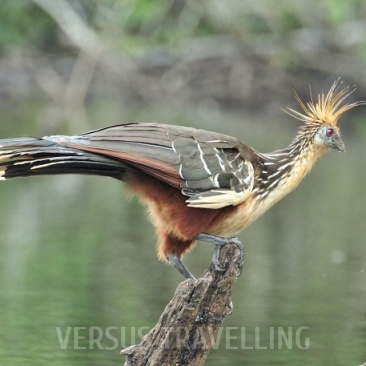 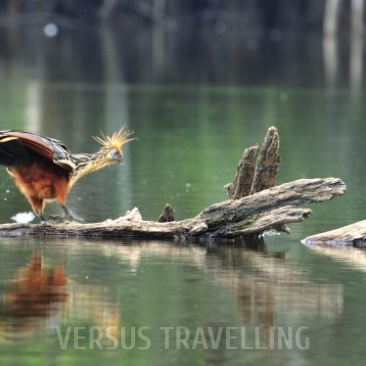 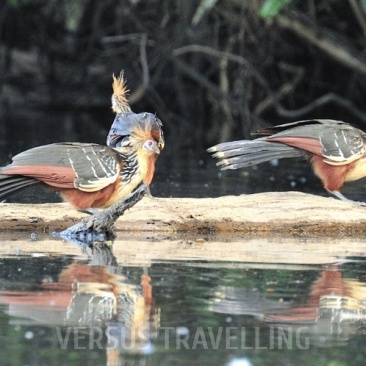