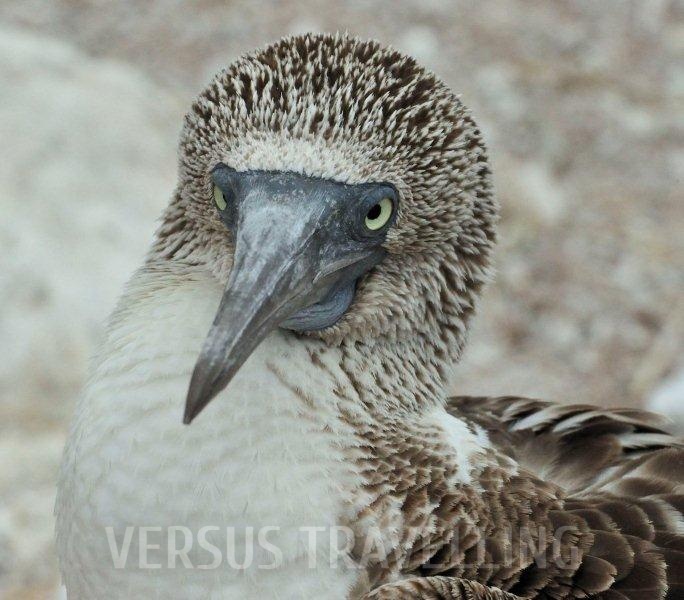 The Blue-footed Booby is a bird of the family Sulidae. It is recognizable by its distinctive bright blue feet. The bird is on average 80 cm. Females are usually larger and heavier than males. The tail and wings are usually long and pointed; the plumage is brown and white,with gray-green beak. Males have dark pigment ringaround pupils, that makes their eyes look bigger. The feathers on the head and upper neck variegated - white and brownish, such a color combination creates a "prickliness effect" on the bird's head: from a distance it looks like the back of a hedgehog.
Like other boobies, Blue-footed Boobyhas a subcutaneous layer of air, which is particularly well developed on the belly. Under the skin of the head there are air sacs. These structural features prevent the bird from impact against the water during diving. The Blue-foot dives from a great height, quickly plunging into the water. At the same time they retract their wings back, press them against the body, which takes the form of an arrowhead.
The Blue-footed Booby's diet consists mainly of fish.And they prefer schools of fish, as it is easier to notice them while hovering over the water. Interestingly, they grab their prey not during immersion, but emersion, focusing on bright silver belly of the fish.
Bright feet of these birds play an important role in the mating season. Males perform courtship dances, raising long bills, opening their wings and proudly strutting. They bow and shift from one foot to another, keeping them one by weight, trying to impress female. And indeed, the color means something! Or rather, its richness. The richer the blue color on the feet of the male, the more chanceshe has for success. To be even more convincing male can emphasize itscommitment to the construction of the nest by holding a few twigs in its bill.

The birds arrange their nestsin small pits in the ground. The nests are made of grass, dry twigs and seaweed. Males are responsible for the delivery of construction material (which is usually in short supply and often they have to steal it from the neighbors), while females account for the process of construction. Female usually lays one or two eggs. It is not that easy for her to hatch eggs, as it warms them not by the body but feet, which in this period swell and become thick and warm. Both male and female take turns incubating the eggs.
The natural breeding habitat of the Blue-footed Booby is the Gulf of California, west coast of Mexico,the islands near Ecuador and northern Peru. However, most of these birds nest on the Galapagos Islands. It is there where Blue-footed Bobies are protected by law. 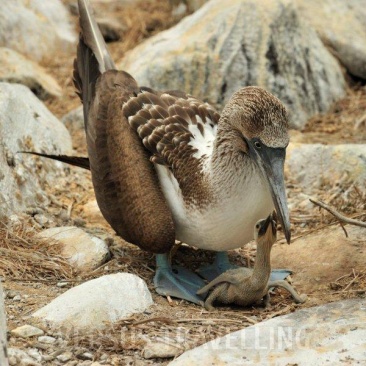 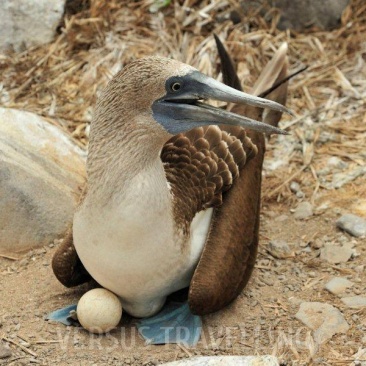 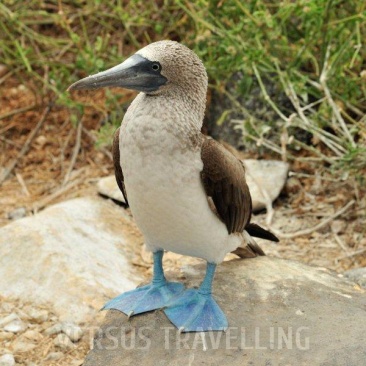 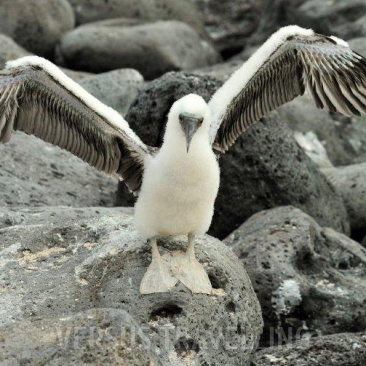 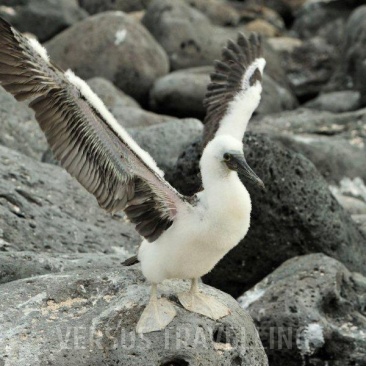