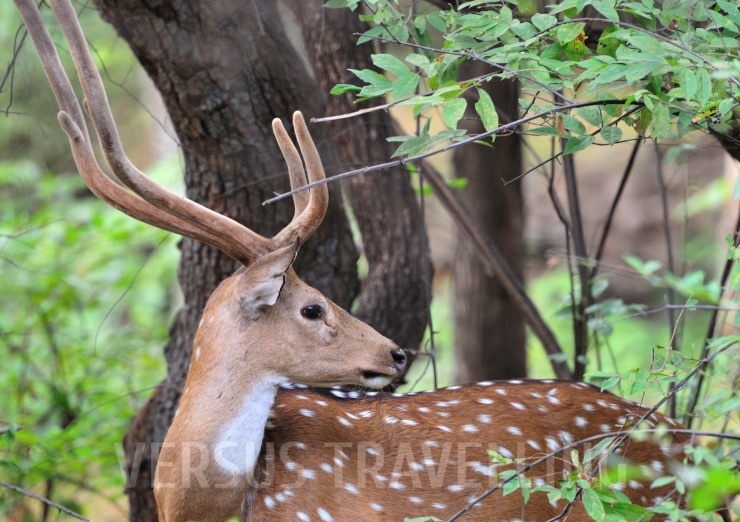 The Sri Lankan axis deer (Axis axisceylonensis) or Ceylon spotted deer is a subspecies of axis deer (Axis axis) or Indian deer. It inhabits only Sri Lankaand is considered to be the most beautiful in the family. Male and female are covered with white spots scattered on red-and-goldencoat. Male withers height is up to 90 cm and its weight is up to 90 kg. In August males lose their magnificent branched horns and bite them to make up for the lack of minerals in the body.
Axis is active mainly in the early morning and in the evening, though these animals can be observednear waterholes anytime.They eat primarily grass, but can also eat fallen fruits and leaves. They usually live in groups of 10-60 animals, though herds may include up to 100 deer.
Ceylon spotted deer inhabits lowland dry forests, savannas, and shrub lands. Very rarely, these deer inhabit mountain areas. Axis deer are important prey for the Sri Lankanleopards, bears and jackals.
Unlike continental axis deer the Ceylon axis deer populations are considered to be vulnerable. The main threat is hunting for meat and deforestation. Today several thousands of these deer are found in Sri Lanka. They inhabitmainly the protected areas of the dry zone, where you can see their large herds.
Spotted deer hide under the shrubs, on which monkeys sit and warn them about danger.
The easiest way to observe axis deer is in the Yala park Yala where they canbe easily seen on the ground. Ususallythe herd consists of 20-50 females and several males. 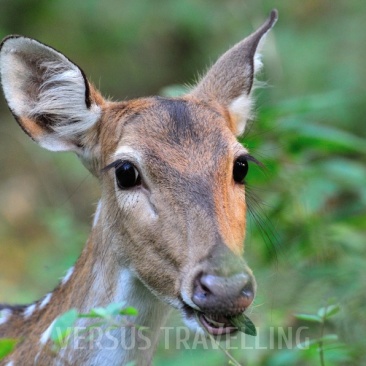 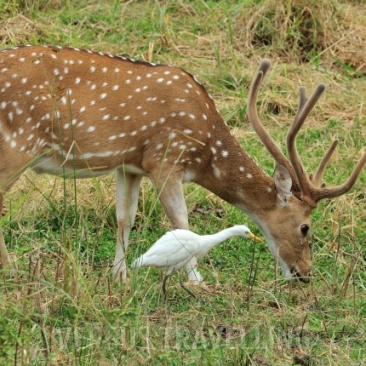 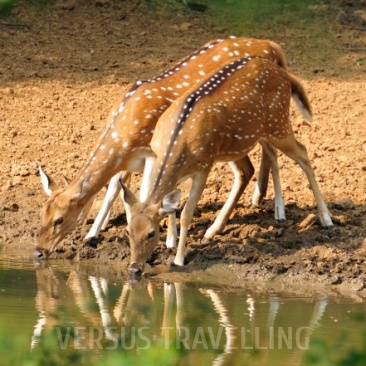