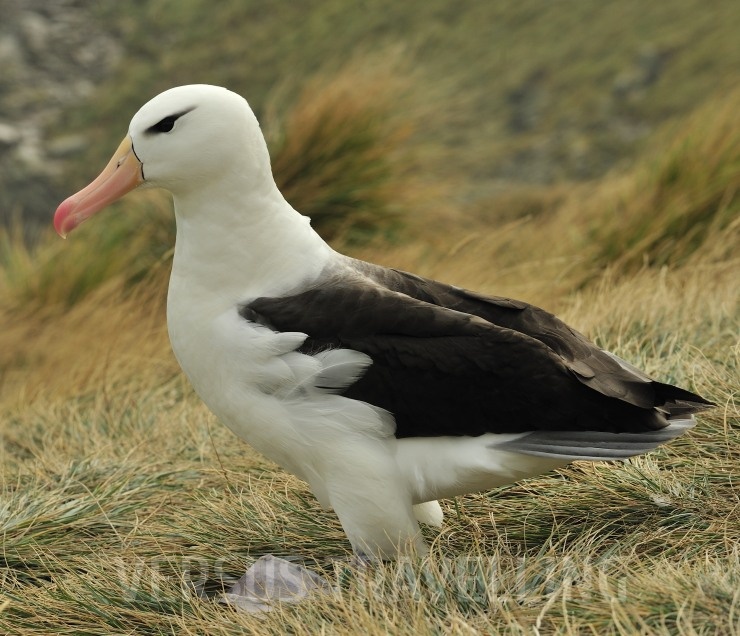 Itis believed that the bird received the name albatross by Spanish explorers, who called all big birds "Alcatraz." Afterwards the British began to pronounce it their own way - an albatross.
Albatross is a bird which spends most of its life in flight. And it is quite fit for it. It has hollow bones and air bags which reduce the weight of the body, and large aerodynamic wings. There are 20 species of albatrosses: from smoked-color with the size of a seagullto Wandering Albatross with a wingspan of over three meters (by the way, the royal albatross has the same wingspan, no wander that before the two were considered as one species).This is an absolute record among the birds. The plumage of adult bird is usually white with some black stripes on the back of the wings. Legs and beak are of pale pink color. Its beak is strong and slightly curved at the end. On each side of the mandible there are nasal tubes to remove excess saltfrom the body. Albatrosseshave a well-developed sense of smell which helps them to navigate by smell.
The plumage of these birds is tight. The fluff is thick, light and warm, and it covers the body of the bird with continuous layer. According to its physical qualities itis similar to that of swan’s fluff. 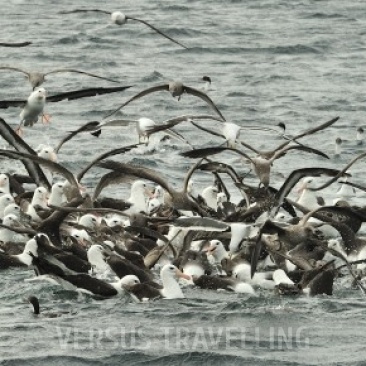 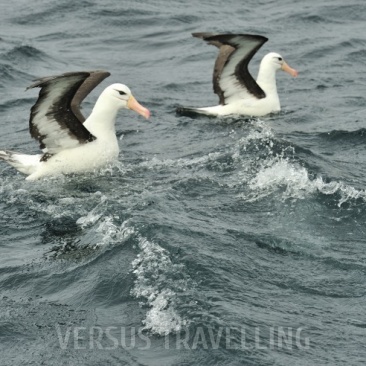 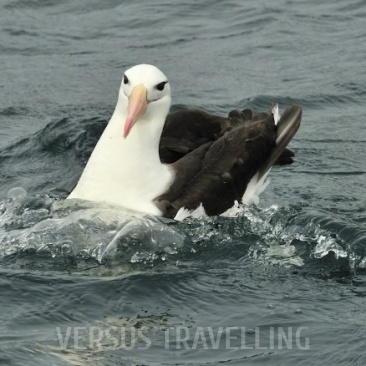 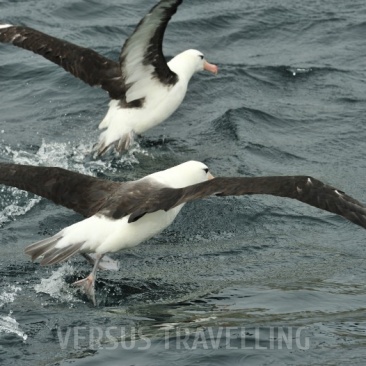 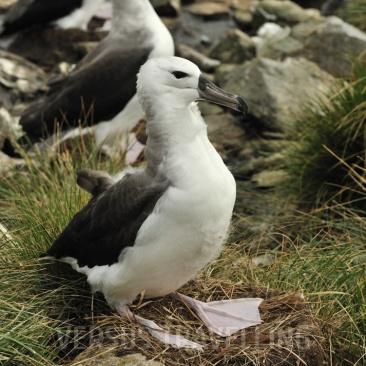 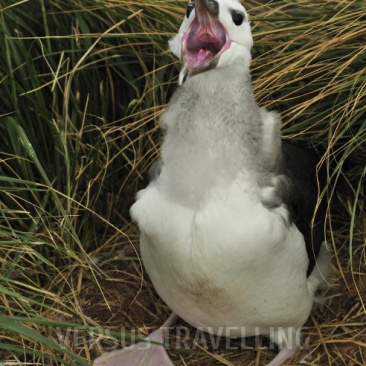 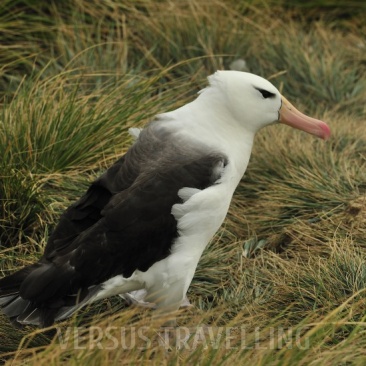 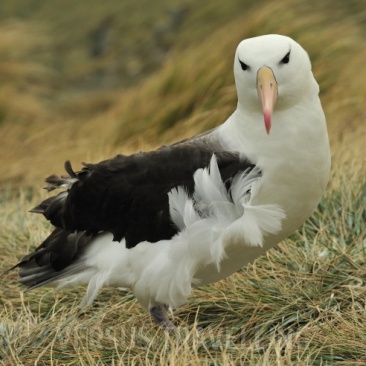 Storm for an albatross is a real holiday, because, first, the waves bring to the surface what they feedon, such as: mollusks, fruits and seeds that have fallen into the water, or food waste from ships, and second, in no-wind condition it is difficult for albatross to take off from the surface of the water, where it rests and sleeps in calm weather. Usually, albatrosses feed on fish, squid, mollusks and crustaceans.
From early morning the bird flies high in the sky, and can hover for several hours at a time, without a single beat of his wing. In dead calm albatrosses have to beat their wings, but they tend not to do it at this time at all. Therefore, albatrosses always were a sign of disasteramong sailors, as their appearance near the ship predicted storm.
Albatrosses are highly efficient in the air, using dynamic soaring and slope soaring in horizontal flow of the air. So they use the difference in air flow velocity at different altitudes. Albatross gains speed dropping down to the water where the wind is weaker. There it turns to the wind and rises up, using elevating force created by the headwind.Thewing of the Albatross is made in such a way that with least resistance it gets the biggest elevating force in horizontal air.
In 1989 the French measured the distance covered by an albatross during 33 days by means of a radio beacon.It turned out to be equal to 15,200 kilometers.
Most albatrosses live in the southern hemisphere from Antarctica in the south to Australia, South Africa and South America to the north. During migrations albatross can flyto the far north and can be found in the temperate zone of the northern hemisphere.
Wandering Albatrosses land on dry ground only during the breeding season. Both male and female take turns incubating their only egg during a record long period of time of 75-85 days. Albatrosses’ nesting period is also too long;chicks leave the nest in 280 days. During this time they molt twice and gain weight, which exceed the weight of an adult bird.
Males and females of albatrosses are faithful to each other for years and even decades. The male comes to the place of the the old nest and waits for the female, which comes back too, though the nest is out of order and they need to build it anew.

There are a lot of myths and legends about albatrosses. Even today, many people believe that if one hurts an albatross, it can can bring disaster. However sailors do not have any prejudices in this respect. On the contrary, there are a lot of stories when the meat of albatross was used for food, and in the waters of the southern hemisphere sailors catch birds by tying a rope to a stick with a hook and bait.


Perhaps the belief that killing an albatross brings bad luck, comes from Samuel Coleridge's "The Ancient Mariner,"a poem by English romantic poet of the late XVIII - early XIX century. The story is about a sailor who brought disaster to his ship when he killed an albatross. The plot of the poem was believed to be based on the ancient maritime sign. This non-existing sign has been referred up to now by the promimemt sources, such as the British and American encyclopedias.
In Charles Baudelaire’s poem "Albatross" the author compares the albatross, captured by sailors, with the poet, barracked by the crowd.