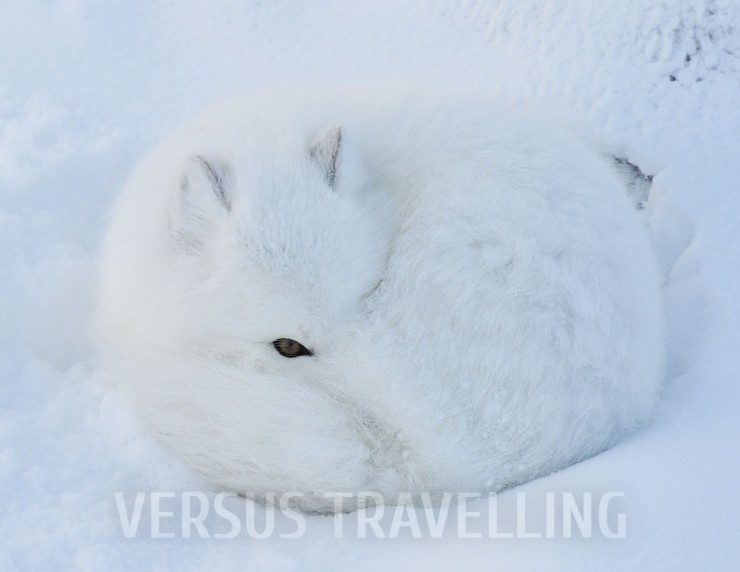 The arctic fox, also known as the white fox, polar fox or snow fox, is a carnivorous mammal belonging to the genus Vulpes, the only member of the genus foxes. It is similar to a fox but has a squat body, shorter snout and its ears only slightly protrude from the thick winter coat, which protects theanimal from frostbite.

It has a deep thick fur which is white in winter and dirty brown in summer. Blue fox in winter can be dark or light brownand even dark gray with the blue. The foxes which inhabit islands are called blue foxes, although not all of them have their fur turned into gray-blue in winter.

Arctic fox is common in Scandinavia and Kola Peninsula, in the Arctic region of the Northern Hemisphere, Greenland, Svalbard, Novaya Zemlya, on many islands of the Arctic Ocean, and Canadian archipelago. During winter migrations it moves to the South as far as southern Finland, almost to the latitude of Moscow, southern Baikal region, lower Amur area, and many northern taiga regions.

Sometimes foxes migrate on the ice of the Arctic Ocean and live there far from mainland, following polar bears and feeding on the remains of their prey, such as seals. As a rule, they can manage it. On the mainland they primarily prey on lemmings and other small rodents, birds, fish, berries, grass and algae. Fox can also be seduced by carrion.

At the end of severe polar winter foxes have to take care of future generation. While waiting for their offspring, they dig holes, used by several further generations of animals which contribute their "adjustments" to the den. The den of polar fox represents a whole system of underground tunnels with the number of entrances being up to 60-80. Simultaneously 2 or 3 families settle together in one den, although they are not in for close communication with each other. They use such a den for 10 or 15 years. 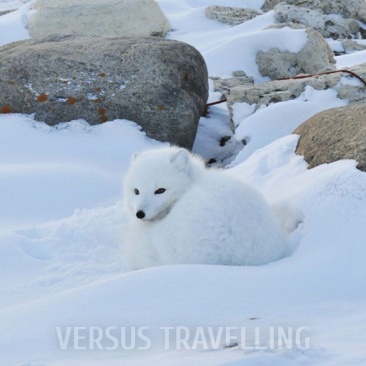 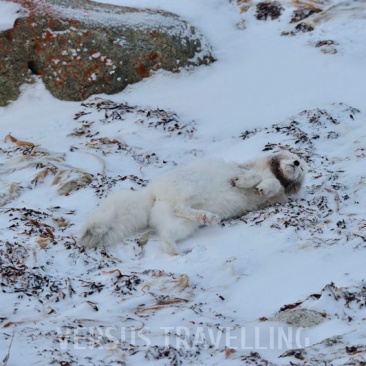 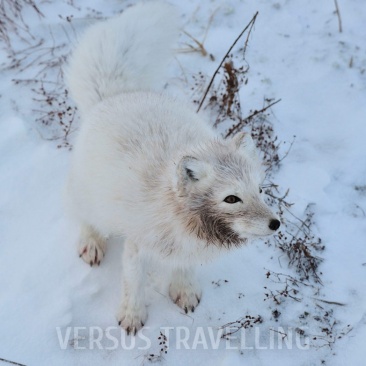 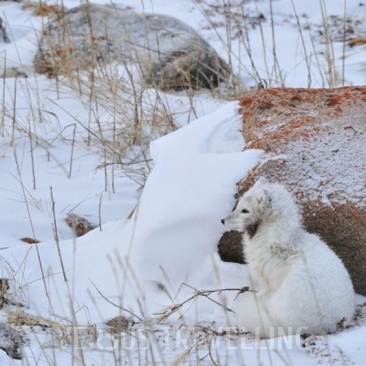 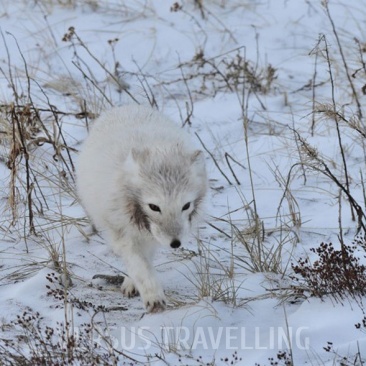 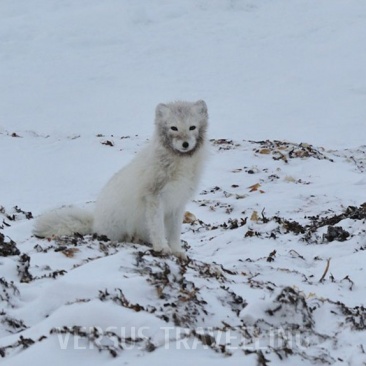