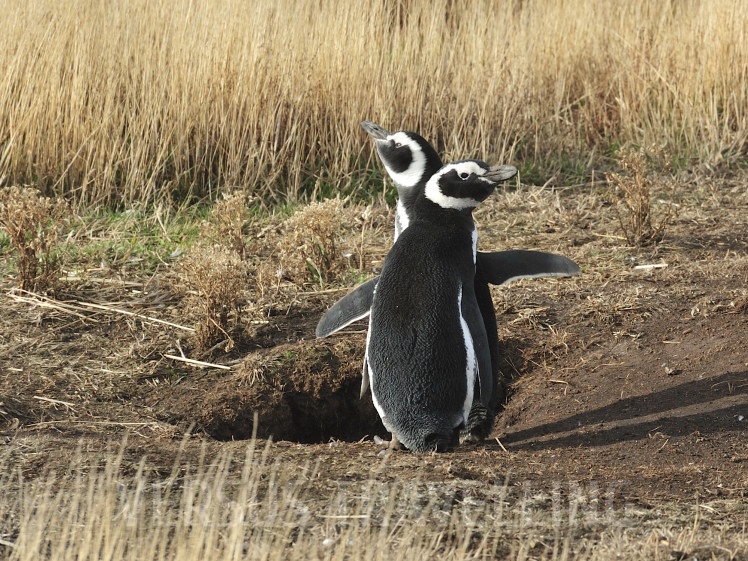 The Magellanic Penguin (Spheniscus magellanicus) is a South Americanpenguin, breeding in coastal Argentina, Chile, the Falkland Islands and Cape Horn. It is the most numerous of the Spheniscus penguins. The Magellanic penguin was named after Portuguese explorer Ferdinand Magellan, who spotted the birds in 1520.
Like other species of penguins Magellanic Penguin cannot fly. They are medium-sized penguins which grow to be 70 cm tall and weigh about 3.5 kg. They look like Humboldt penguins, except that they have not one but two white bandson the throat and white crescent-like marks on the chin. The bird's beak and legs are of dark-gray color, with red or orange tint. Magellanic penguins feed on krill, cuttlefish and small fish. They make their nests in burrows in soft ground.
Magellanic penguins arrive to island to breed in September. They build their nests in burrows 4-6 feet deep. By the end of the first month of life chicks already dare to take a walk outside the burrow, where they are protected from predators and the weather.
When entering its burrow or negotiating with other birdsMagellanic penguin produces a loudsquawk, for which it earned the nickname of “jackass” by the locals.
This specie of penguins feeds on small crustaceans, small fish and cuttlefish. One of the most important breeding sites in the world is on Falkland Islands.
In the late nineteenth - early twentieth century Magellanic penguins were on the verge of extinction. However, due to legal restrictions their habitat was protected and population increased. 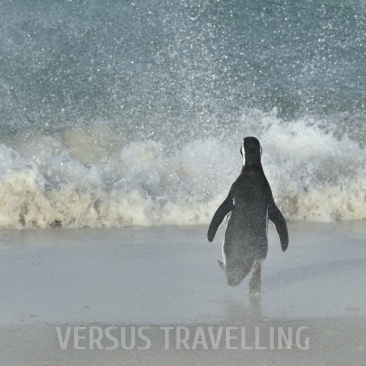 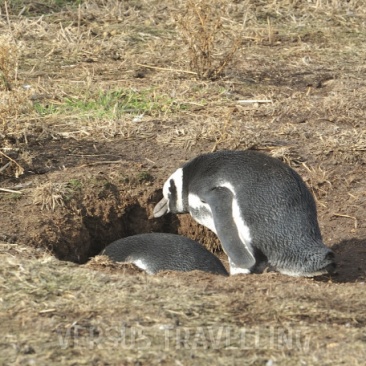 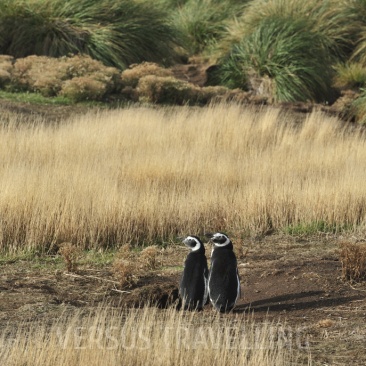 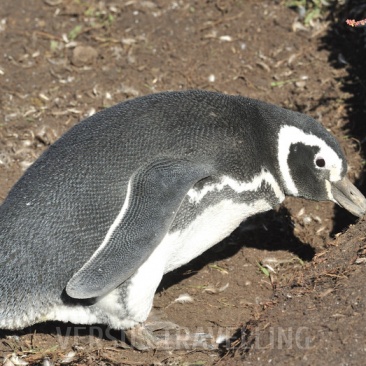 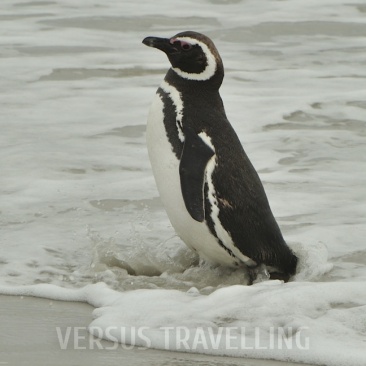