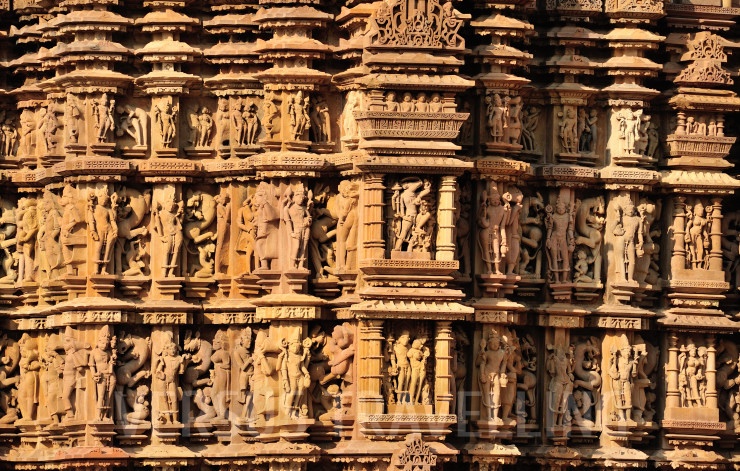 The city of Khajuraho was the cultural and religious capital of the Chandela Dynasty. The Khajuraho Group of Monuments was created in the X-XII centuries. Originally there were 85 monuments, and only 22 survived. The architectural style, in which they were made, was quite rare for the time. The monuments seem to be carved out of a single stone monolith, but in fact they were built of sandstone without the use of solution. Special connectors were used in between monoliths, and the whole structure stood together by gravity. The color of the monuments varies from dark to pale yellow, and accasionally pink.

With the fading of Chandela dynasty temples were forgotten. And then in 1838 they were suddenly discovered in the jungle by the British military surveyor who was amazed by the stunning architecture and stone carvings. Famouse for erotic sculptures, this place attracts visitors from the whole world. The question is still open, why they were used to decorate the temples. Opinions differ. Perhaps, sex was not a taboo those days, or we  just deal with the illustrations to the texts of Kama Sutra, perhaps, with a training manual for the young generation. There is also a mythological version. Scientists believe that the sculptures represent the marriage of Shiva and Parvati. The pairssymbolize the union between male and female energies, with apsaras temple nymphs accompanying them.

The oldest of the temples is Lakshman Temple. It is decorated with rich carving depicting everyday scenes, as well as dancers and musicians. Kandariya Mahadeva Temple is considered to be one of the best samples of architecture. Included is the wedding garland - the symbol of marital gates, the outside of the temple is covered with fine stone carvings. Vishwanath temple is decorated on the outside with the chariot of Shiva and his bull Nandi, and on the top there are graceful sculpturesof amorous couples and various female characters. In the ancient Matangeshvara temple they have daily service, nearby there is Archaeological Museum, as well as Parshvanatha and Duladeo temples. 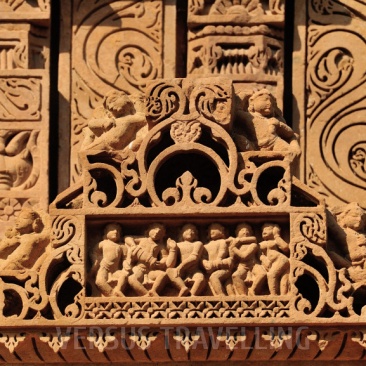 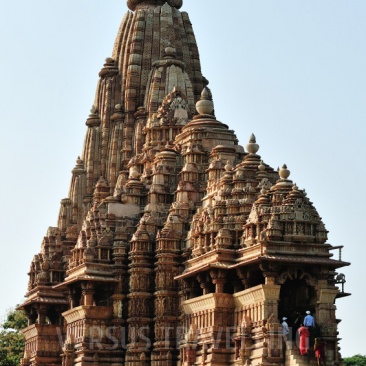 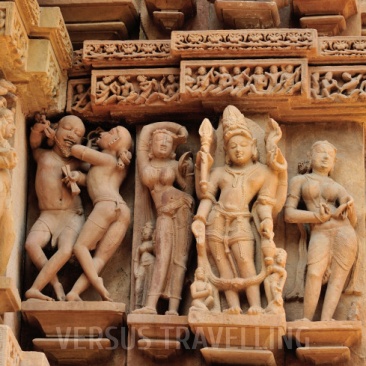 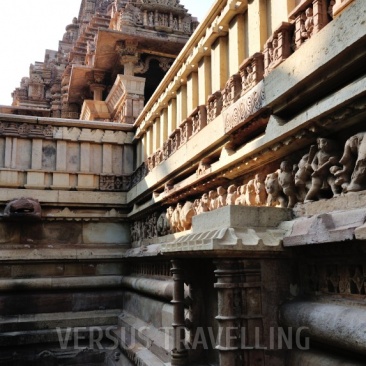